Maître Renard: A Celebration of the Territory

Why visit Chibougamau? To hike in the hills, see caribou and go snowmobiling on endless trails. And now, since the summer of 2021, you can check out the region's very first microbrewery: Maître Renard.

A neighbour to Saguenay-Lac-Saint-Jean and the gateway to the Eeyou Istchee Baie-James region, the town of Chibougamau has no shortage of attractions, surrounded by a magnificent and bountiful territory.

Québec microbrewery enthusiasts can now do their own tour of the many options available to them in Saguenay-Lac-Saint-Jean and Abitibi-Témiscamingue. “Some people take their vacation to do the rounds of the microbreweries. Maître Renard provides a link between the two regions,” explains Jonathan Mattson, one of the co-owners of the establishment, which is also a wine bar. 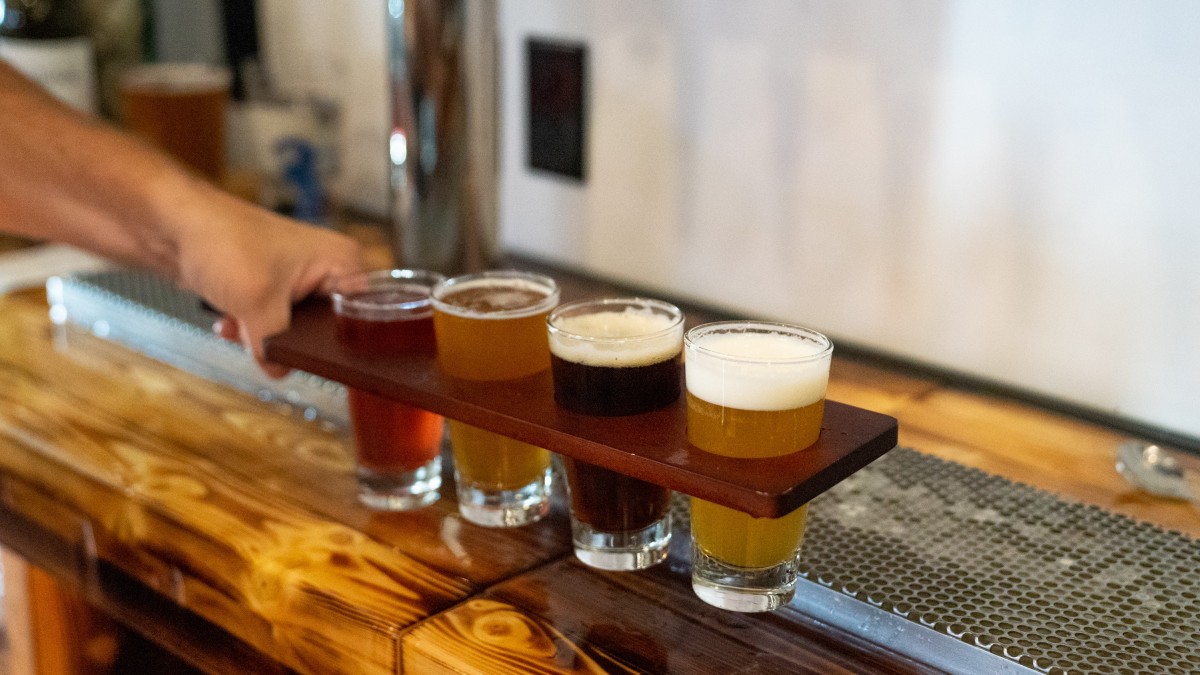 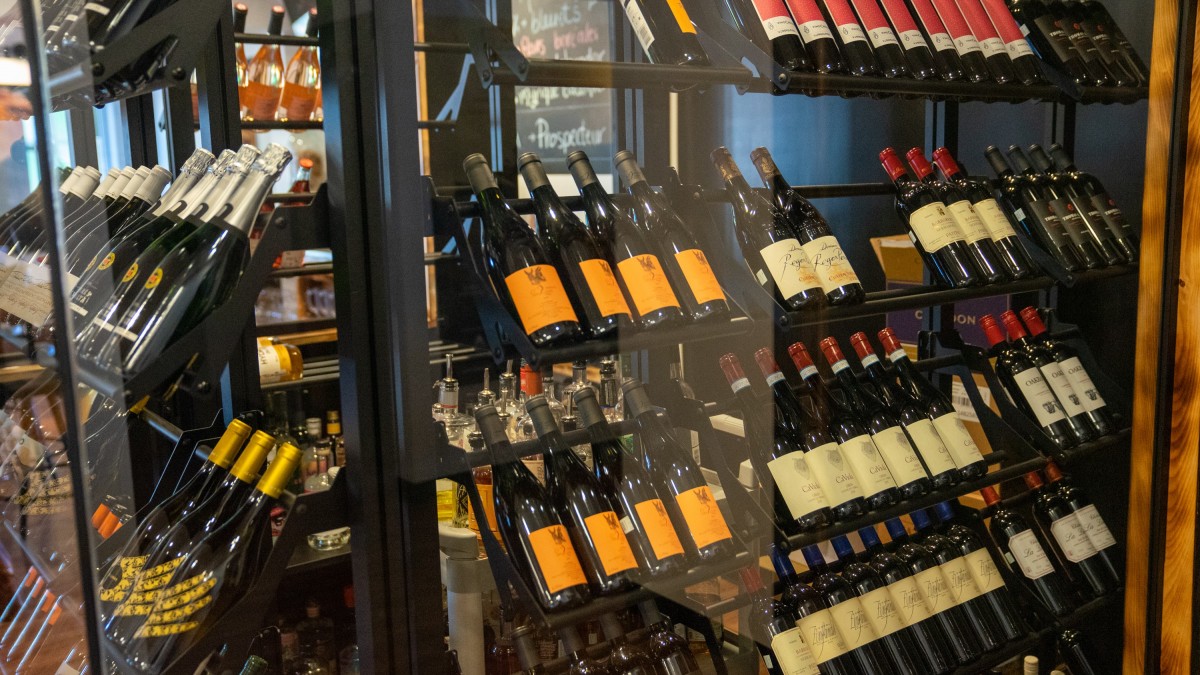 Maître Renard has been open since the summer of 2021 in the Hôtel Chibougamau on 3e Avenue. Its patio is on the main street, creating a pleasant dynamic with the other restaurants and bars in the area. While Jonathan is in charge of the private import wine list, his sidekick Nathaniel Perron handles the food menu, and the other two shareholders, Francis Néron and Pascal Perreault, craft the beers.

“Microbreweries are sprouting up everywhere in Québec, especially in villages with populations of 10,000 or less, so the business model was perfect for Chibougamau,” says Nathaniel. “The town warranted this kind of forward-looking project, which does the locals proud,” adds Jonathan. “We live well here, we've got a lot going for ourselves.” The Maître Renard microbrewery and wine bar are a great addition to the tourist scene. Visitors now have another good reason to discover Chibougamau! 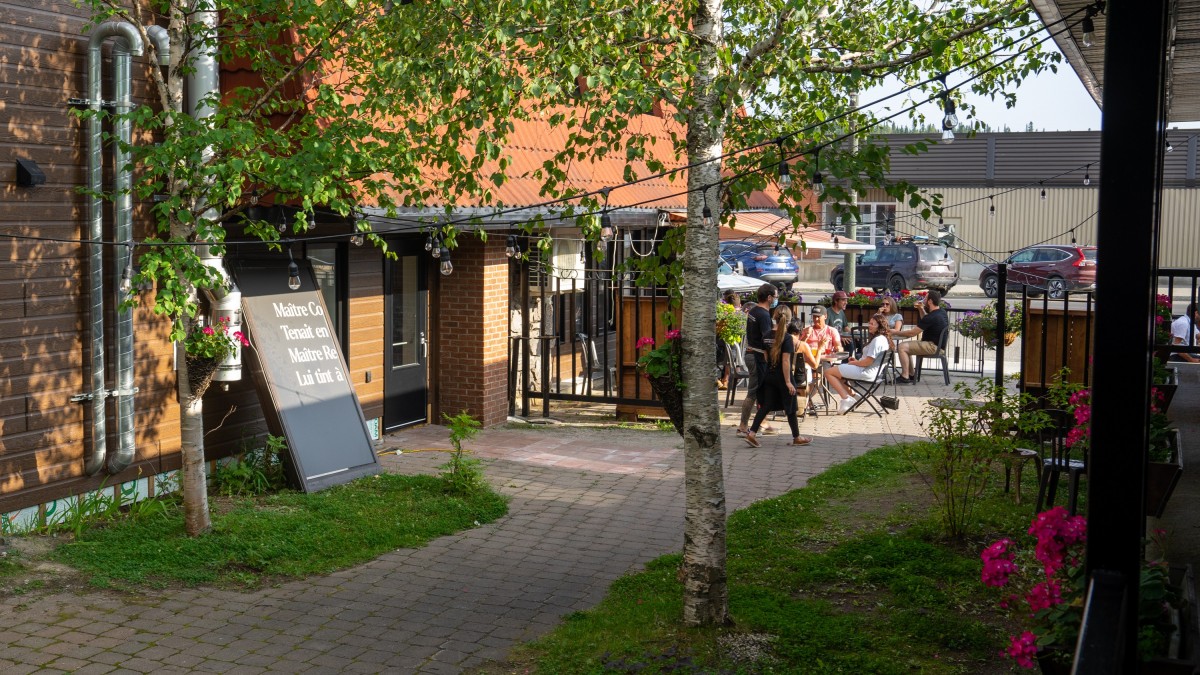 Jonathan and Nathaniel are both native to Chibougamau. After their studies, they returned to their roots and formed a solid team. “We're still very much in step with our previous occupations,” says Jonathan. “Nathaniel used to be a personal chef, and I was working at the SAQ doing the wine pairings for his dinners. It was an ideal match for going into business together.”

The name of the microbrewery hails from a La Fontaine fable, but it's also a nod to an animal frequently seen in and around Chibougamau. “We don't have alley cats here, we've got alley foxes!” quips Nathaniel. “It's not uncommon to walk around town and spot a fox. And it's a cute animal that makes for great branding.”

Beyond their tremendous pride in having opened the first microbrewery in their region, the co-owners have made it their mission to use local products in their beers, imbuing them with the flavour of the surrounding boreal forest. “We're in the midst of seeing a return to local consumption,” says Jonathan. “By using inherently local products, we're making the people from this area really proud! They're saying, ‘Wow! The blueberries and Labrador tea are from here?'” 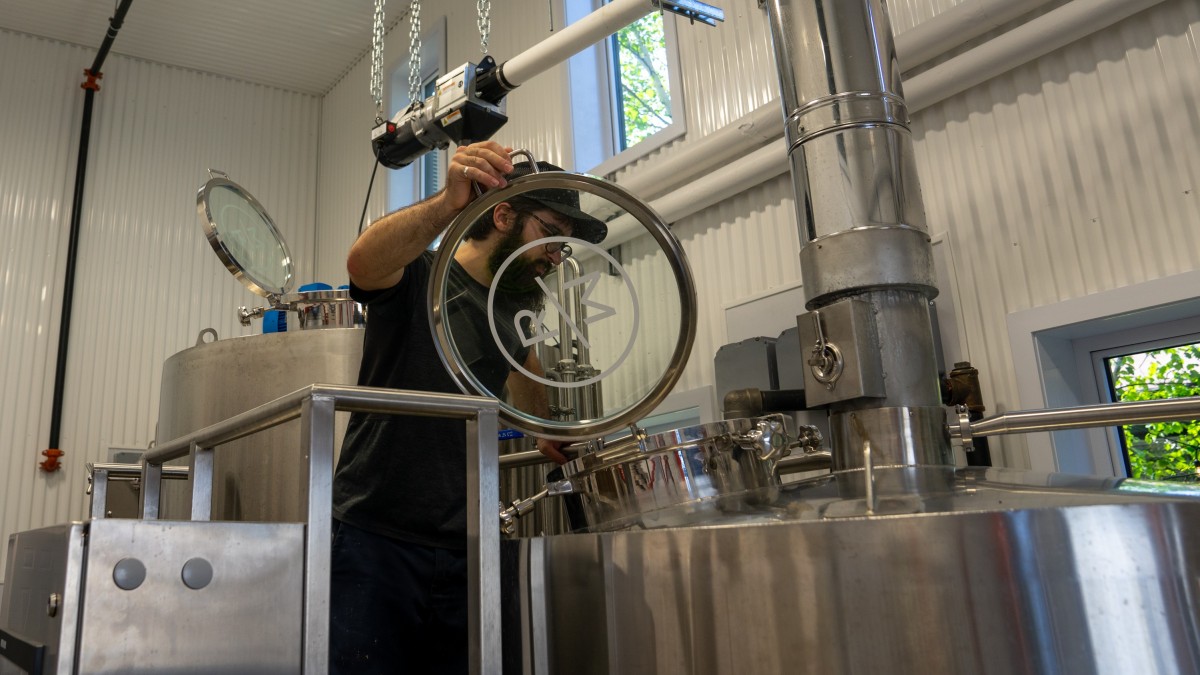 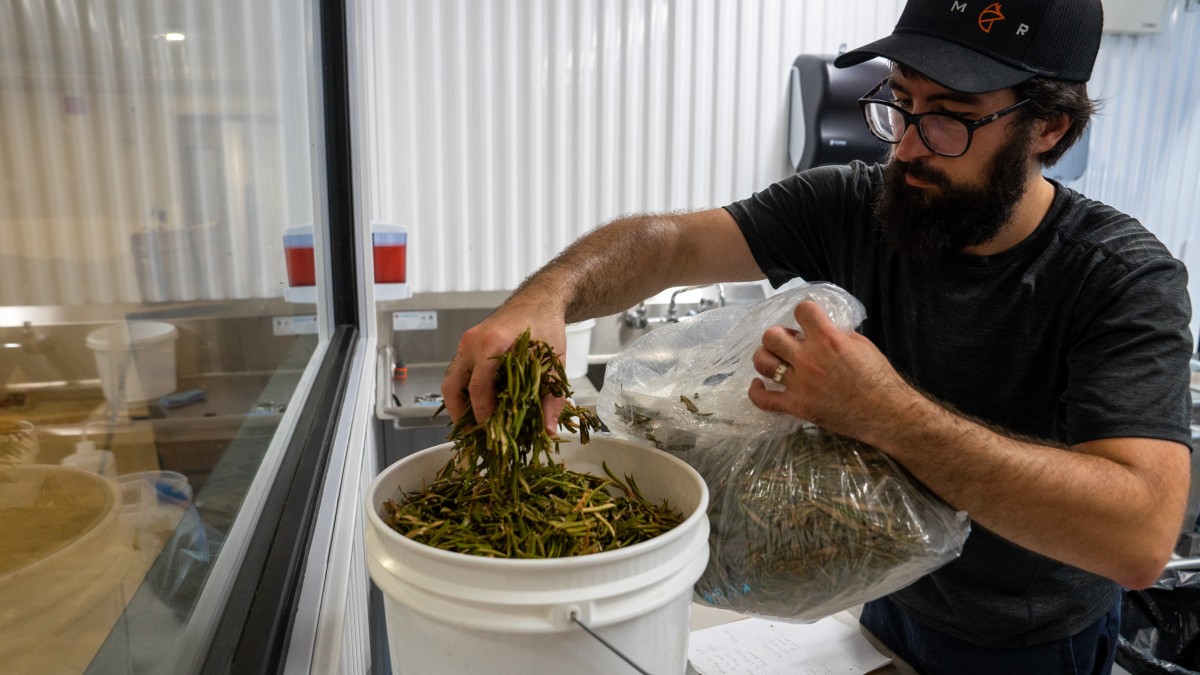 Nathaniel followed the advice of his instructors while he was at school in Montréal and returned to his hometown to develop products from the resources in his region. When he and his partners were laying their plans for Maître Renard, they decided they would produce beer highlighting non-timber forest products (NTFP). These are biological resources found in woodlands—plants or flowers—other than timber.

In their first year of experimentation, the owners focused on a lager using boreal flowers: pearly everlasting and fireweed. The red beer, very popular with their customers, is made from Labrador tea and dune pepper, giving it a peppery, minty flavour. There's also a summer white beer made from blueberries supplied by the Bleuetière Pouliot blueberry farm in Chibougamau. 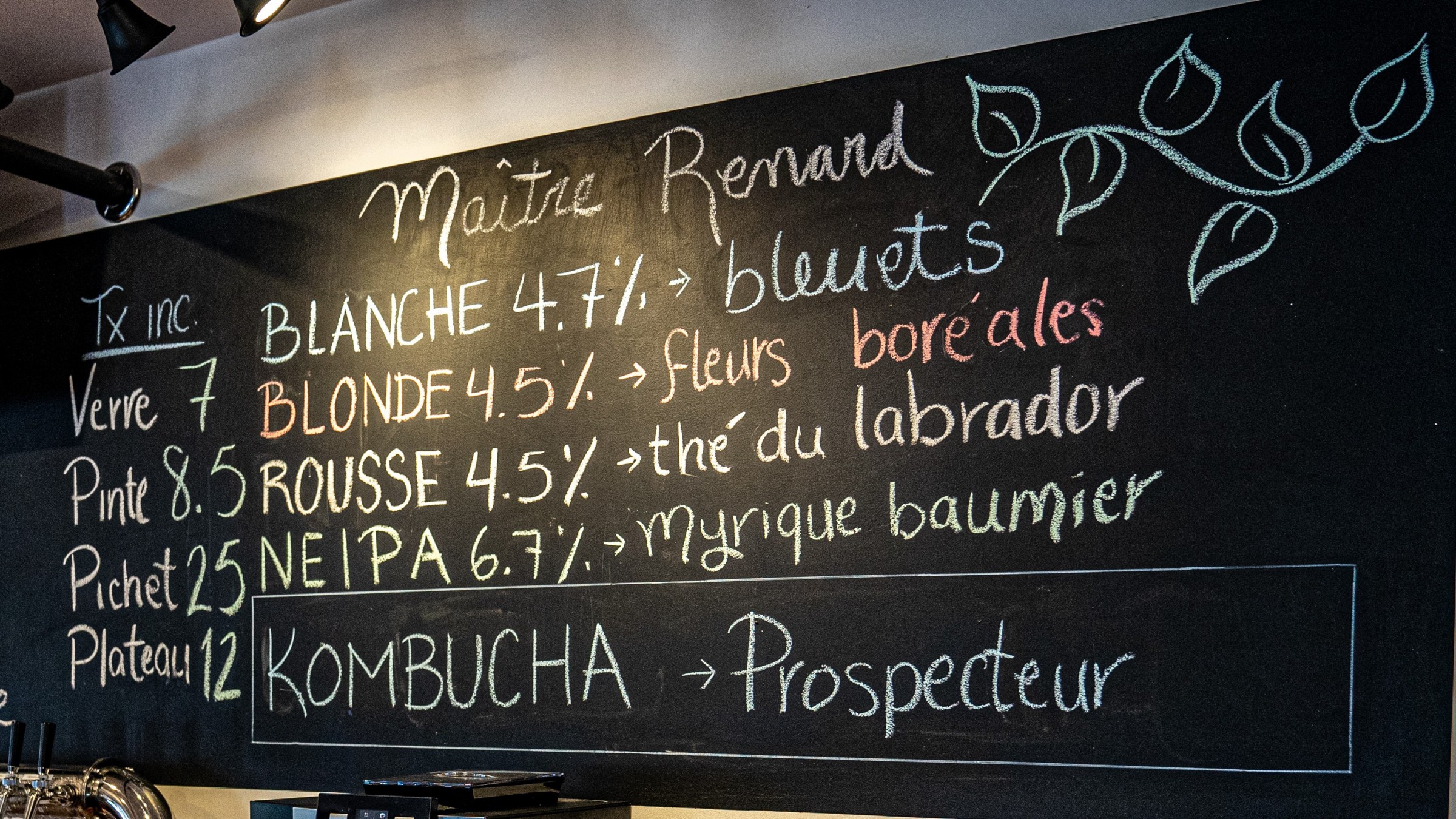 To ensure that they have access to quality forest products in large quantities, but harvested in an environmentally responsible manner, the owners have partnered with FaunENord, a non-profit organization whose goal is to contribute to the sustainable development of the Nord-du-Québec region through structuring projects. “FaunENord offers expertise in harvesting methods as well as product know-how. For example, they're able to explain how a certain flower can add a bitter taste,” says Jonathan. “This helps us understand how to bring out the desired flavour at the right point in the brewing process.” 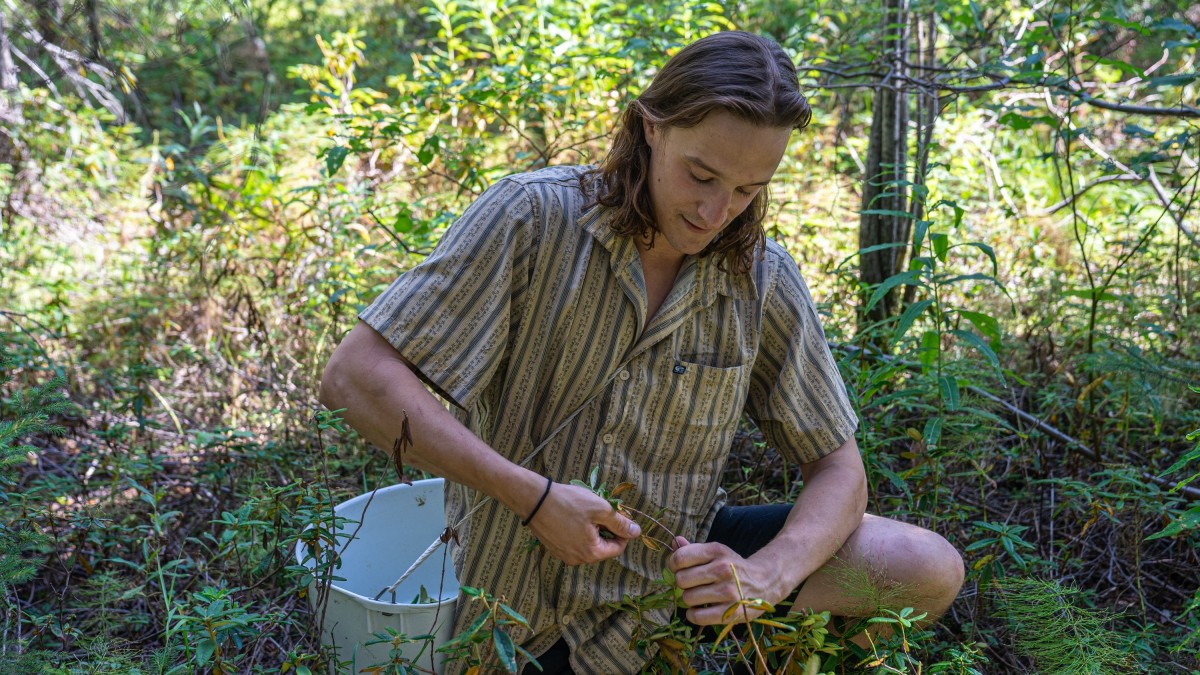 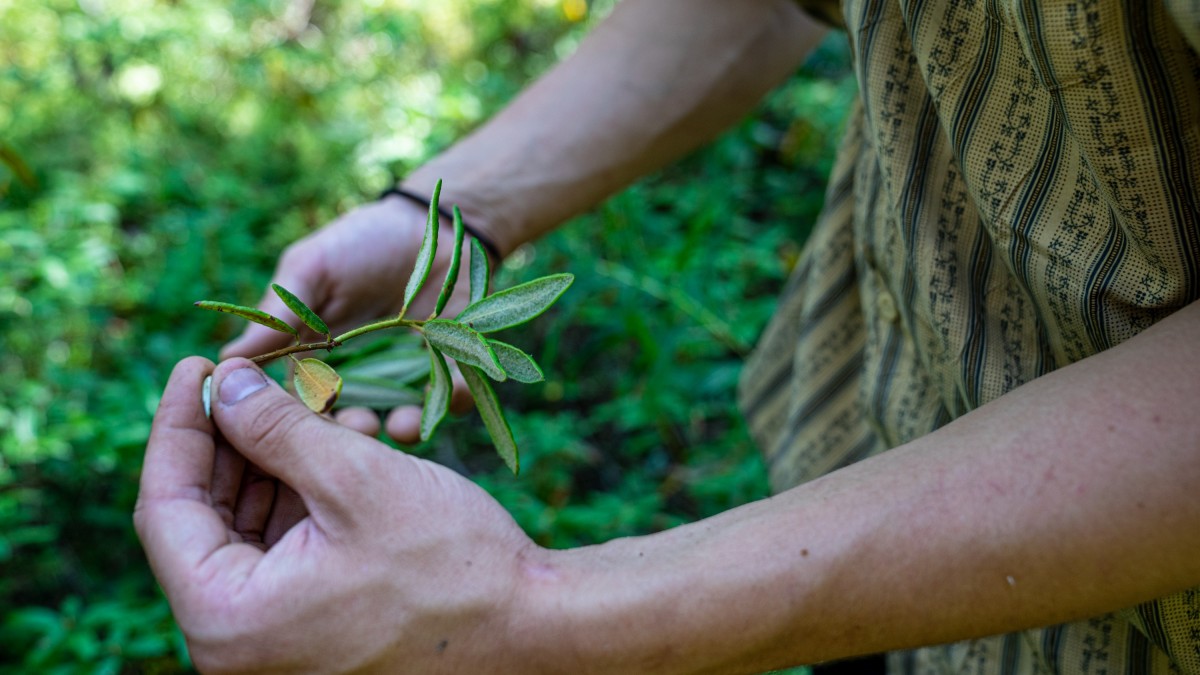 Vincent Lapointe, Project Manager - Agriculture, Mushrooms and Northern Plants at FaunENord, moved to Chibougamau in 2020 and quickly realized how lucky he was to be in a region with such abundant resources. “This is paradise for people curious about plants and mushrooms,” he says. He notes two trees that are very characteristic of Nord-du-Québec: black spruce and balsam fir. “The young shoots of these conifers are useful and can be incorporated into beer. Dune pepper can be found on the roadside, and we also have a lot of Labrador tea, which has a woodsy flavour.”

Maître Renard plays an important role in promoting these delicacies from our forests. The flowers, plants and mushrooms used in the beers are clearly identified on the menu, so visitors can see where the flavours come from. “Microbreweries do a great job of showcasing these products to the general public,” says Vincent. “So there's a keen interest in forest products, all across the province. They're becoming much better known.”

Chibougamau may seem far away on a map to some visitors, but thanks to its proximity to Québec's largest natural lake, Mistassini, and the beautiful Aanischaaukamikw Cree Cultural Institute in Oujé-Bougoumou, the town now also shines through its tourism businesses, which highlight this region of Québec and its resources, making it even more attractive and welcoming. 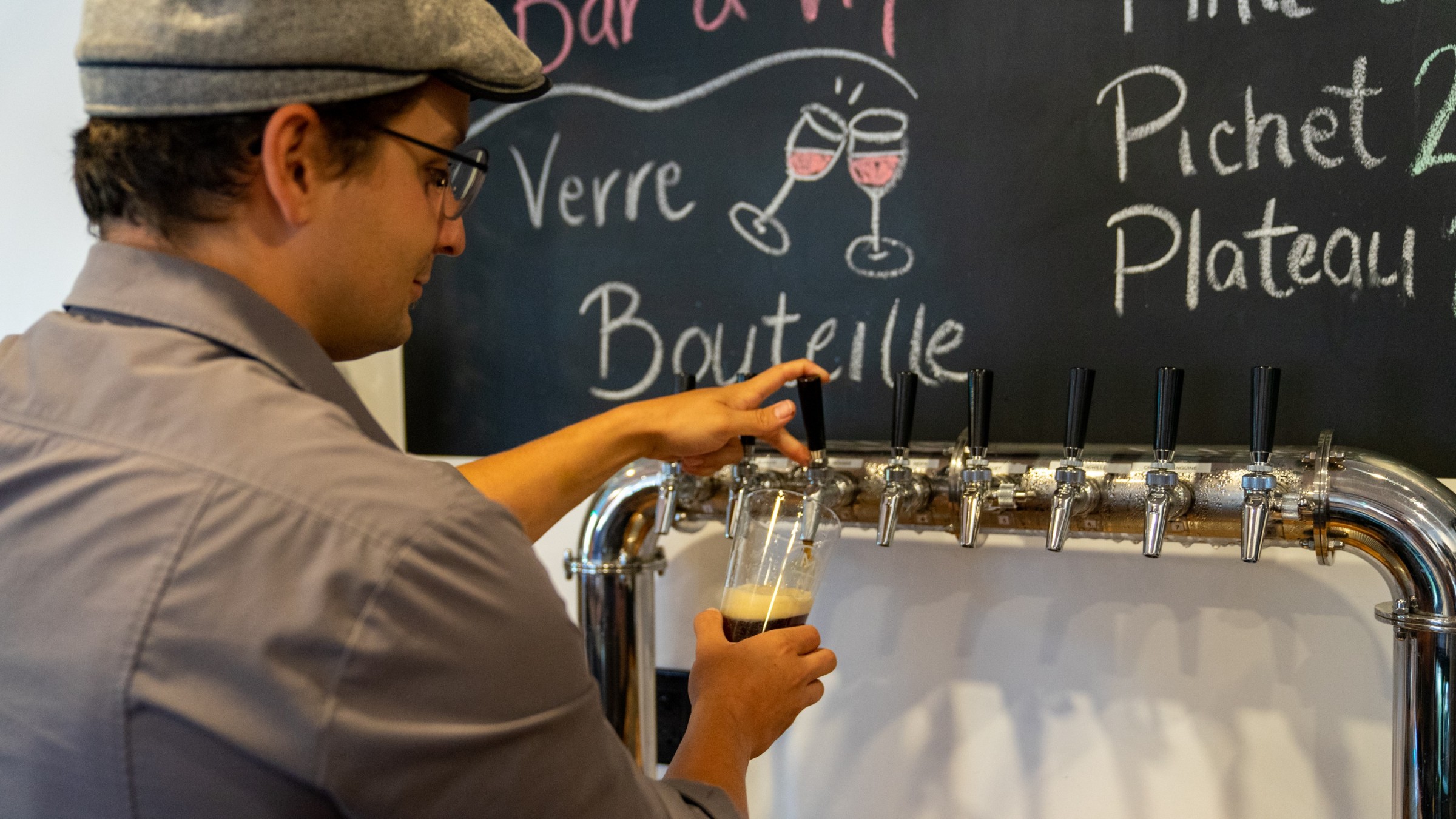 Eeyou Istchee Baie-James summer and winter: looking back on our getaways